Be first to read the latest tech news, Industry Leader's Insights, and CIO interviews of medium and large enterprises exclusively from Metalsmining Review

THANK YOU FOR SUBSCRIBING FREMONT, CA: W&O Supply, Inc., the United States' leading supplier of valves, pipes, and fittings to the maritime sector, celebrates the ceremonial first cut of steel for the US Navy's newest nuclear-powered aircraft carrier, Doris Miller (CVN 81). The ship is constructed in Newport News Shipbuilding in Virginia, with components supplied and manufactured at Virginia Beach and Portsmouth, VA, and through W&O's corporate offices in Jacksonville, FL.

W&O provides fluid flow control material components and systems, including pipe, valves, fittings, and engineered solutions, and is the only global maritime valve supplier having distribution centers in the United States, Asia, and Europe, as well as an international branch network. The business is one of more than 2,000 aircraft carrier supplier companies located in 46 states throughout the United States that collectively perform $8.8 billion in work.

This global industrial base invests continuously in new equipment and technology, employing more than 92,000 people in North America alone to design and build ships such as CVN 81 that adapt in response to national security strategy. W&O offers high-value consulting, engineering, and project management services, as well as class-society-approved products.

CVN 81 will be the fourth Gerald R. Ford-class aircraft carrier, which is now under construction with suppliers from throughout the country, completing this modern marvel of ingenuity and American production.

Phil Jiannine, W&Os Director of Government Sales, comments, “We know that in times of crisis, aircraft carriers are the tip of the spear. All of us at W&O are proud to do our part to make sure this magnificent fighting machine, named after such a dedicated American, gets the quality material and workmanship it deserves.” 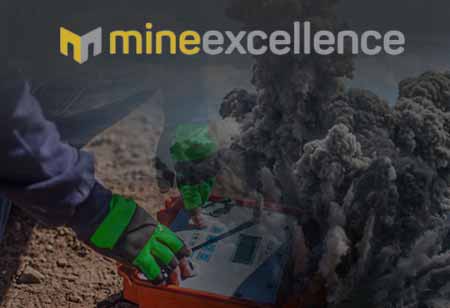 Barminco : Comprehensive Services for Enabling the Mines of Tomorrow Eagle Mine Safety : The People-First Approach to Safety Excellence Stamping Technology: What Goes into its Production Line? What Role Does Stamping Play in Fastener Manufacturing? Mining: An Overview of Cables Used in Mines

However, if you would like to share the information in this article, you may use the link below: